Spring 1988: The Pirates of Penzance 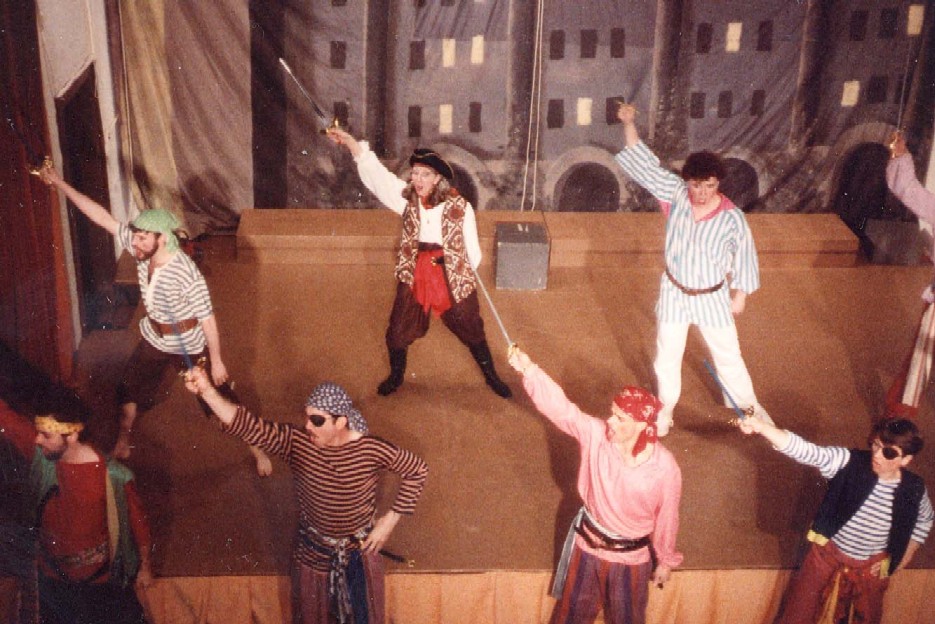 These people, "all of whom are beauties," have spent many hours to prepare a thoroughly delightful theatrical experience which comes truly from their hearts. As their director and friend, I can only say that all 41 of them have reminded me of what friendship and dedication is all about. We've spent time laughing, arguing, and being serious in the preparation of this show. Without their complete support, hard work, and most of all the abundance of sensitivity and professionalism, this production would not have been possible. I am proud to say I am a part of this group, and I thank them all for their patience, support, criticism, friendship, and also for the trust and confidence they have for "such an one as I." To the cast, "I love you all with affection unspeakable," and I do not regret having been mixed up with the lot of you. Thank you for making this time a truly unique and sharing experience.