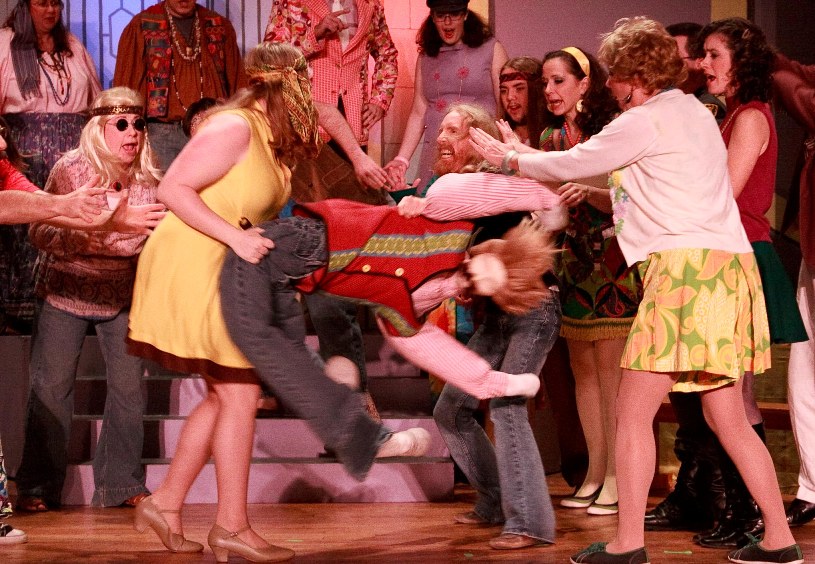 In the 1870s, there was no television: the TV of the day was theatrical comedy and light opera, such as you will see tonight as we try to combine three centuries of laughter: Nineteenth, Twentieth, and Twenty-First.

The Zoo and Trial by Jury were originally premiered within three months of each other, in 1875. In 1877, Sullivan asked his friend Andy Cole if he would be interested in rewriting the libretto of The Zoo. This was never done, and the manuscript disappeared for almost 90 years. In 1966, it resurfaced in an auction room, with the piece intact. (On a side note, Arthur Robinson purchased a vocal score of The Zoo, and found the lyrics we are using for Laetitia's lost aria, dated 1975, stuck inside the book.) Trial by Jury, on the other hand, came about when producer Richard D'Oyly Carte asked Gilbert and Sullivan to collaborate on a short opera to be played as an after piece to Offenbach's comic opera, La Périchole. It was Gilbert and Sullivan's first collaboration and first big hit, and has remained popular ever since.

Having directed both The Zoo and Trial by Jury at different times, Susanna Adams and I decided to take on the project of a double bill for Off-Monroe Players. The biggest challenge is that the chorus in both pieces is a major character, on stage almost all the time! So, several tweaks were made to the originals to make the project interesting and fun for all. Charles Palella took on the task of rewriting Trial by Jury to change the genders of all the characters. I had been in such a production over 20 years ago, and always loved the idea, but could not find a libretto, so I offer kudos to Charles.

Once the genders were changed, it made sense to give both shows a more modern setting. Hence, the 1970s "psychedelic" look. Once that was decided, references to today's popular reality shows (The Bachelor, Judge Judy) struck me as being appropriate additions to the overall concept; from there it was a small leap (backwards) to add the zany references to Laugh-In and Candid Camera, which originally aired around 1970. At my request, David Raymond created a Narrator role for both The Zoo and Trial by Jury, and wrote some additional dialogue to pull the whole thing together. Many thanks to David and Charles. They have made this project really fun for me, and hopefully for you.